Now is the time to get serious about your well-being and prepare to make a stand in favor of you and your family’s health. American Biotech Labs Silver Biotics Immune System Support can help boost your immune system, so that your body’s own natural defense system can work more efficiently.

Immune Support 473ml contains 10PPM nanosilver solution. No matter the season, maintaining a healthy immune system is one of the most important jobs for your body. We encounter millions of germs every day, many with the potential to keep us from living an active lifestyle.

There has also been an increase in antibiotic-resistant bacteria in recent years, which means these germs can be very aggressive and difficult for the immune system to defend against. Our immune system is the body’s defense against enemy cells. Its job is to recognize and destroy foreign invaders (bad cells), while preserving healthy cells (good cells).

American Biotech Labs uses natural purified silver to provide you with a healthy, convenient source of support for your immune system. A daily dose of purified silver promotes your body’s healthy immune function/system, due to it assisting the immune system in killing germs and harmful bacteria.

Each serving of Silver Biotics supplement is packed with a high density of minerals. A daily serving of just 1 teaspoon taken up to three times a day will provide your immune system with optimal support.

Immune Support 473ml uses ingredients that are vegan and vegetarian-friendly, plus free from gluten, artificial preservatives and additives, this American Biotech Labs Silver Biotics supplement is a safe addition to nearly any daily health routine.

Immune Support 473ml – What Is So Different About Silver Biotics?

Testing has uncovered multiple modes of action by which the ABL Metallic Nano-silver Particle functions. First, it has an ability to steal multiple electrons (compared to ionic silvers which can only steal one). Second, each particle is permanently embedded with a resonant frequency, which allows the particles to have a positive effect on things, without needing direct contact with them. Lastly, the particles also utilize a very useful electrostatic charge.

With the Ag4O4 coating, the silver particle is attracted to the surrounding water molecules, and as such, becomes part of the structure of the water. This makes the silver much more stable and bioavailable than other forms of silver. 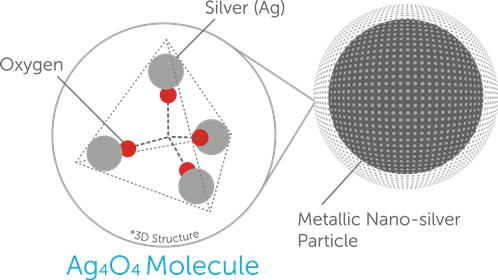 Immune Support 473ml rather than using the old silver technology, we’ve developed and patented a new manufacturing process: unique in the silver industry. As a result, many are calling our new SilverSol Technology® the next generation of colloidal silver. Although similar in nature to a colloidal silver, SilverSol® is signicantlymore advanced than its predecessor. Think of it as comparing a World War 1 war plane to a fighter jet used today. They both have similar features and can fly, but the aircraft of today is signicantly more advanced than its predecessor.

We have taken the old technology of colloidal silver and improved it to create the next generation of silver products. SilverSol® was created to improve on current formulas to make them safer and more effective. Through a new manufacturing technology, patented under multiple patents, our advanced nano-silver solution has become the new standard by which all other silver products are measured. We call this new generation of colloidal silver, SilverSol®, SilverSol® Technology, or SilverSol® 101.

Not only is our SilverSol® Technology more advanced than the original colloidal silvers, but through years of research at leading universities, SilverSol was then put through rigorous studies and tests for efficacy and safety. We’ve compiled thousands of pages of test work documenting many key advances. SilverSol® has been proven to be completely safe in human ingestion studies and didn’t produce any side effects or negative reactions.

The Bottle’s Blue, Not You. Answering Common Questions About Argyria and Immune Support Spray

One main concern that individuals may have with silver products and Immune Support 473ml bottle is a rare skin condition known as argyria, otherwise known as “the blue man syndrome”. Put simply, argyria is a result of there being so much chemical or ionic silver in the body at one time that the body cannot dispose of it fast enough through its normal excretion systems. In order to get rid of this excess silver, the body walls it off in the cells. This causes a grayish-blue discoloration of the skin and other body tissues. Although this condition is medically benign and cosmetic only, in most cases the discoloration is permanent.

Understanding the obvious fears individuals may have with acquiring argyria, let us settle your concerns with simple, clear, and proven facts. To start, we’ll begin with research gathered from the Environmental Protection Agency (EPA). According to the EPA (who is in charge of defining safe levels of any mineral in water which is used for ingestion, drinking, or disinfecting), the oral consumption of the equivalence of 1oz of 10ppm of silver in water on a daily basis poses no significant degree of risk.

According to historical information published on silver, unless an individual was consistently consuming (every day for over a year) over 50 times the recommended daily dosage of a 10 ppm ionic silver product, there would be no possibility of that individual contracting argyria. That is the equivalent of drinking 380 – 8 oz. bottles of a 10 ppm ionic silver product in one year, which is more than a bottle a day!

So, those people who consume hundreds or even thousands of times the recommended daily dosages do run a risk of developing this condition over time. Argyria is generally only a potential problem for people who make their own ionic silver products at home with no idea of the levels of silver they are ingesting or from the daily use of commercially available ionic silver products at 200-500 ppm or even higher.

A peer-reviewed report from Pennsylvania State University was released after years of studying a number of colloidal silver and silver aqua sol or nanoproducts purchased from the U.S. market. The paper was authored by Professor Rustum Roy, along with seven other professors and scientists from leading universities. In the report cited below, on the subject of ionic vs. metallic silver for human use, Dr. Roy states “In spite of this enormous range of data, it is extraordinary that no major effort has been made to confirm and expand on the role of metallic silver in human health—especially in light of its huge advantage in lack of side effects”.

(Ingestion of excessive amounts of ionic (soluble) silver, not metallic solid particles is reported to have resulted in a very rare condition labeled argyria, an (irreversible?) darkening of the skin. No one has died of this condition. The safety of metallic SilverSols® is firmly established by the data cited above).”

That paper also states that “For thousands of years in various countries, especially India, silver has been used for what was empirically known to be its bactericidal properties – to keep water, and often foods, safer. A recent paper by Das et al. provides the remarkable datum that some 275,000 kg of edible metallic silver foil are consumed every year (in food) in India. No known adverse health effects have ever been recorded. This epidemiological evidence that silver as a metal is not toxic in any way needs no further comment.”1

To put that simply, metallic silver products like our SilverSol Technology® do not cause argyria. It is only ionic forms of silver that cause argyria.

On top of the safety information listed above, the SilverSol Technology in our Silver Biotics® products has undergone more than 30 safety studies, including the first human ingestion safety studies done on a nano-silver. These safety studies have shown that the metallic nano-silver particles in SilverSol are flushed out of the body within approximately 24 hours. No build-up or retention of the SilverSol particles occurs in the body, which means it is scientifically impossible to get argyria from SilverSol® at the recommended dosage.

We have also sold millions of bottles of our products over the last 20 years, with no reported negative side effects. This is why we can confidently say that our bottles are blue, but not you.

Keeping our bodies strong is essential to good health. A strong immune system can protect your body from infection, and helps us heal. Silver has been used for centuries to prevent illness and to improve recovery from injury. The use of silver has spanned generations, cultures and continents.

Colloidal silver is a broad term for a solution that can contain various concentrations of ionic silver compounds, silver colloids, or silver compounds bound to proteins in water. Colloidal silvers have been around for hundreds if not thousands of years and have been used by many ancient civilizations as a means to maintain health. Before the mainstream discovery and acceptance of antibiotics in the early 1900s, silver products were used by doctors.

These earlier versions of silver products are not to be discounted because they indeed provided countless favorable benefits to those who used them to improve their health. But just like any new discovery, as technology and science advances, we find more efficient and effective ways to design and engineer products.

Immune Support 473ml – SilverSol® wasn’t just an idea that became an invention; it was our passion to improve on the demonstrated benefits of silver. We believe that Real Science Matters™ so an enormous amount of time and effort went into our research to ensure that our products helped you lead a healthy, strong, and active lifestyle.

Our SilverSol was sent to independent labs to make sure it was safe and effective for you, and your family. We are always investing in new research to test the boundaries of what our nano-silver can accomplish, and we are using that data in our R&D processes to develop innovative and life-changing products for you. We encourage you to explore some of our research, found here, to learn why we take so much pride in what Silver Biotics® can do for your life because Real Science Matters.

Refrigeration NOT recommended. * These statements have not been evaluated by the FDA. This product is not intended to diagnose, treat, cure or prevent any disease.

PLEASE NOTE: The 60 Day money back Guarantee is only valid in the USA.

Disclaimer: All images and text / Media that are sourced from silverbiotics.com are owned by Sliverbiotics / American Biotech Labs